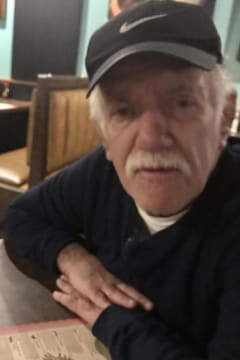 Obituary for William D Mohamed
William D. (Bill) Mohamed 81, passed away at Landmark Medical in Woonsocket, RI on January 2, 2021. He was born on February 18, 1939 and resided most of his life in Woonsocket. Bill was the youngest child of Alley Mohamed and Blanche (LaForge) Mohamed. His mother’s life was tragically cut short when Bill was only two years old and he was raised by his beloved aunt Julianna and his uncle Harry Thomas. Bill was a graduate of Brom’s Barber Academy in Worcester, MA and was a barber in Woonsocket for many years (as was his father Alley). A unique man with a distinct sense of humor, he touched the lives of his customers in many ways. In his barber shop, customers paid for their haircut and received complimentary advice on any number of topics whether they asked for it or not. Bill was also a lifelong student of the “sweet science” and in his evenings he trained hundreds of amateur boxers in his boxing gym in Woonsocket. Helping these young men apply the lessons learned in the ring to the challenges of life was his proudest accomplishment.
Bill is survived by his three children; Gary (and his wife Suzanne Lovett) of Scarsdale, NY, Linda Rodriguez of North Providence, and Kevin of Lincoln, RI and his five grandchildren: Zachary, Emma, Jacob, Evan and Josephina. Bill’s family would like to thank the wonderful caregivers who aided Bill during his final chapter. A celebration of Bill’s remarkable life will be held at a later date. In lieu of flowers the family asks that his many friends share their favorite story about Bill.