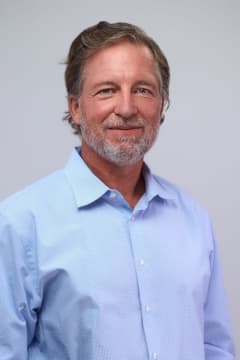 Obituary for Willard Cole "Bill" Rappleye III
Bill Rappleye passed away peacefully on January 7, 2021 after a brief battle with brain cancer. He spent 25 years working as a television news reporter in Rhode Island and was known best for his quick wit, love of nature, unpretentiousness and empathy for the less fortunate. His life’s work was to be the champion of the “little guy,” to tell their stories, and to hold politicians accountable for their actions. We know him as our sweet, beloved father, who taught us to be kind and courageous.

Bill was born in Houston, TX and raised in New Haven, CT, South Africa, and Cambridge, MA, but loved the biggest little state in the union where he called home. He leaves behind his parents, Ann and Fuzz Crompton, brother, Tim Rappleye, five daughters, Georgia, Anika, Chesley, Karma and Layla Rappleye, and his beloved dog, Olivia. We are thankful for the outpouring of sympathy and tributes to his professional and family life.

A memorial service will be planned later this year.

In lieu of flowers, the family has requested that remembrances be made in the form of contributions to Stages of Freedom (https://www.stagesoffreedom.org/) or the LA Press Club Charles M. Rappleye Investigative Journalism Award (https://lapressclub.org/about/charles-rappleye-investigative-journalism-award/).