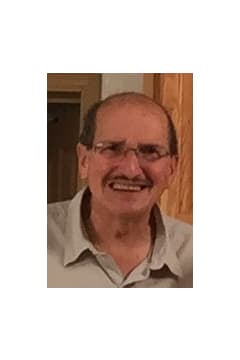 Michael Demetrios Papademetriou, 77, of 21 Nightingale Lane Tiverton, Rhode Island, passed away on Monday, October 4, 2021. He was the husband of Joan-Ann Papademetriou for over 30 years.
Michael was born in Newport, Rhode Island on November 6, 1943, to Michael and Sophie Diomandes Papademetriou. He graduated from Middletown High School in 1960. He joined the Air Force in 1964 and worked as a security guard at the Air Force Base. During his tour of duty, he spent time in overseas theater in Greece. There was a need for a Greek interpreter at the base and Michael was selected. He was honorably discharged in 1967. Michael used his GI Bill to attend culinary school. After graduation he was hired in the culinary field and traveled up and down the west coast. While in California, he worked in Hollywood on various television sitcom sets such as MASH and other movie sets. He had a chance meeting with John Wayne and actually served a meal to Alfred Hitchcock!
Serving people was Michael's passion. After his time in the Air Force, he continued his career working in the Newport Hospitality Industry. He was a chef at the Courtney's Restaurant in Newport. Michael rounded out his career in the food services industry working for Sodexo managing multiple cafÃ©s and events at the Salve Regina University in Newport, RI. The college President would request him by name to manage events sponsored by the college and special occasions when movie stars, like Arnold Schwarzenegger and Jamie Lee Curtis, were on campus during the filming of "True Lies". He always engaged his customers, faculty and students alike, in meaningful conversations to learn where they were from, what they were studying/teaching, about their families and what was their favorite food or beverage item. If it wasn't on his menu, he would work to get the item and surprise his clientel! He was known for his gregarious personality and made it a point to call people by their first name making them feel welcome. His personality and way of serving others, resulted in successful cash operations in every cafe he managed!
Michael always had a heart to serve others and volunteer. He was a hospice worker for many years. He and his wife Joan supported Shake-A-Leg therapeutic sailing program out of Newport, RI that allows children, adolescents and adults of varying abilities to dramatically improve their lives through the sailing program. In retirement, Michael continued to spend time helping out at events with St. Theresa's Church in Tiverton whether it be cutting up chourico or working the annual yard sale.
He was a friend to many in his community at Country View Estates. He loved walking his dog Jenny and taking a moment to catch up with folks he met along the way, always greeting them with a big smile and calling them by name.
Michael and his wife Joan enjoyed many years together. Gardening was one of their shared passions. They created beautiful gardens at every home they owned and attributed quick sales to their skills at creating these utopias. They also enjoyed going for a ride to the beach with Jenny and sharing a sandwich marveling at all the beautiful nature surroundings.
Michael is survived by his wife Joan-Ann of 30 years, his daughters Jennifer Giles (Andrew) of Cranston, Jessica Caldwell (Terrance) of Tiverton, and son John Walsh of Sacramento, CA. He leaves four grandchildren, Terrance and Aja Caldwell, Mariah Caldwell Johnson (Victor) and Kenny Walsh. He is also survived by three nieces, Susan Pruett (Terry) of Inman, South Carolina; Dawn Perna (Henry) of Georgetown, Tennessee; Michelle White (Mark) of Columbia, South Carolina.
Mr. Papademetriou was predeceased by his parents Michael and Sophie Diomandes Papademetriou, his sister Anne Rainey and her husband John Rainey, and a nephew, Fred Crowder.
A celebration of his life will be scheduled in the spring. Memorial donations may be made to Forever Paws Animal Shelter 300 Lynwood Street Fall River, MA 02721 or St. Jude Children's Research Hospital, PO Box 2151, 501 St. Jude Place, Memphis, TN 38101-2151 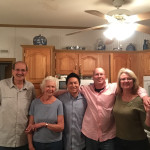