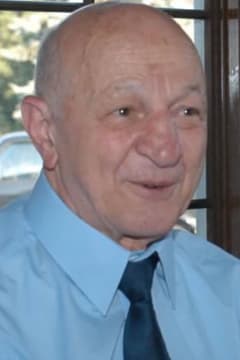 Joseph J. Campo, PE,87, of Johnston, passed away at home on Saturday, May 1, 2021 surrounded by loved ones. He was the son of the late Giuseppe Campo and the late Teresa Landolfi Campo. He was predeceased by his wife, Barbara F. Curley Campo.
Mr. Campo retired from the Town of Canton, MA in 1997 as Superintendent of DPW. He was a URI graduate with a BS degree in Civil Engineering. He started his career with the RI DPW as a bridge designer. He was an engineer for the Providence Redevelopment Agency and was the Deputy Director for the Providence DPW and Director of the Department of Public works for the towns of Cumberland RI and Barnstable MA. He was an Army veteran of the Korean War.
He is survived by his children, Joseph and his wife Diane, Brad and his wife Michelle, and Lori Beth Corneilsen and her husband Glen. He was predeceased by his sons David and Robert. He is survived by his two sisters Claire Colucci and Anna Lepore. He was the proud grandparent of eight grandchildren and eight great grandchildren. He was predeceased by eight brothers Santino, John, Antonio, Emelio, Carmelo, Philip, Salvatore, and Vito and one sister Catharine Marchetti.
The family would like to thank Michelle, Denise, Diane, Gail, Megan and Lillian for their care, compassion and kindness.
Funeral services will be private. The family will notify loved ones when a memorial service is scheduled.

My deer friend, I will hold all the great memories close to my heart ❤️ I'm sure you were greeted with open arms from everybody. God bless love you Papa. Michelle "boss lady"
- Michelle

We'll always remember that special smile, that caring heart, that warm embrace, you always gave us. You being there for Mom and us through good and bad times, no matter what. We'll always remember you Dad because they'll never be another one to replace you in our hearts, and the love we will always have for you."
- Joe