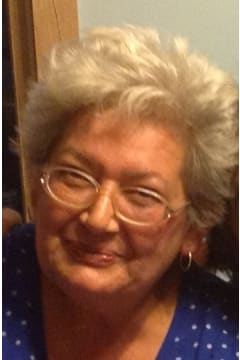 Sharon Aileen Baxter, 67, passed away on Wednesday, November 1, 2017, in Providence after a year-long battle with lung cancer.

The eldest daughter of Mary A. (Paternoster) and William J. Baxter Jr., Sharon was born in Hazelton, Pennsylvania on December 2, 1949. Upon graduation from Saint Xavier Academy in 1967, where she earned a full four year scholarship, she enrolled in the Teacher Preparation Program at Rhode Island College, intending to become an art teacher. After three years in the program, Sharon realized her artistic talents were better suited to a career in retail where her flare for design and fashion were expressed through eye-catching store displays. A charismatic saleswoman and a graceful communicator, she became store manager at several retail outlets including Douglas Drug, Rite-Aid, Bradlees, Kohls and Sag Harbor.

In retirement, Sharon resided at Benjamin Court Manor in Bristol where she made many friends and belonged to the Gazebo Geezers (her affectionate sobriquet for a lively bunch who hung out together under a nearby gazebo). She was known thereas elsewherefor her bubbly demeanor, sarcastic wit, and good-natured cackle.

Sharon loved to cook and always baked treats for her friends and family. She was an avid reader and an exceptional card player. She played bingo weekly at the Warren Senior Center among an expanded circle of companions and very much enjoyed her trips to Foxwoods and Newport Grand.

Sharon is survived by her sisters Paula Pitassi (husband Tom) and Karen Cooper (husband George). She was the doting aunt to her nieces, Angela Pitassi and Christina Pitassi (husband Christian Revak); and likewise to her nephews, Zachary and Nathanael Cooper. The door to her apartment was adorned with pictures of her special great niece, Lua Pitassi, who kept her smiling throughout a long and difficult year.
Services will be private, as it was Sharons wishes to keep her death as simple as she had lived. Her family greatly appreciates all the prayers that supported her through this year, and hopes that anyone who knew Sharon will think of her with a fond smile when they hear BINGO!