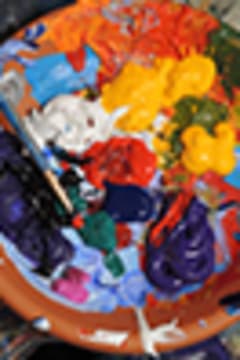 James Arthur Rensch, 79, of Newport, passed away on Monday, November 8, 2021. After studying 5 years in the seminary where he received a bachelor's degree in philosophy, Jim decided the lifestyle of a priest was not for him. He turned to his next best calling and always a secret passion, art. He enrolled at the Virginia Commonwealth University where he received a degree in fine arts. He moved to Seattle, Washington where he became enamored with the intricate art form of restoring decrepit objects into beautiful old pieces while maintaining the integrity of their age. Jim moved back to Newport, the place of his birth and plied his talent throughout New England and Ireland. He restored stencil ceilings, artifacts, frames and furniture for the Newport Preservation Society as well as the New Bedford Whaling Museum, the National Gallery of Art and Trinity College in Ireland, the Hartford Atheneum, Holy Cross College and many more prestigious institutions. His decorative art and murals adorn many private dwellings and businesses in this country as well as Ireland. In his later years he edited and directed two books called "The Magic Christmas" and "Newport Live". Jim greatest achievement was his magnificent Christmas tree which was the inspiration for the book and a Christmas destination for friend, neighbors and admirers throughout the region.

He is survived by Rafael, his loving partner of 43 years. Jim had an extensive family living in North Carolina and they include two brothers two sisters and 21 nieces and nephews. He will be missed by all.